Winter Springs, Fla. – Continued support for Republican candidates for traditionally ‘red’ Arkansas and continued disapproval of the job performance of President Barack Obama highlight a recent Gravis Marketing poll completed on September 11th, 2014. In an independent and random survey of 902 registered voters in Arkansas, Gravis Marketing, a nonpartisan market research firm based on Winter Springs, Florida polled potential voters regarding current or potential election match-ups. The poll has a margin of error of ± 4% and was activated by use of automated calls.

A large majority of 60% of those polled believe that current President of the United States Barack Obama is failing in his job to effectively lead as the Chief Executive. A dismal 33% of voters polled believe the President is doing a good job, while only 8% were ‘unsure’ of his job performance. Voters were asked about their support of potential candidates for the office of President of the United States to be contested in 2016. When asked about which candidate they would support, Democrat Hillary Clinton from Arkansas vs. Republican Rand Paul, 48% indicated they would support the Republican Senator from Kentucky while only 42% would currently vote for Arkansas native Clinton. 8% of those polled were unsure of who they would vote for.

Voters were then asked to choose between Clinton vs. former Florida Governor Republican Jeb Bush. Once again, the majority of Arkansas voters,in the latest telephone survey 49% would support the out of state Republican Jeb Bush, while the same 42% would support Clinton. 9% indicated they were unsure of their choice for President of the United States between these two potential candidates.

The voters were also asked “Given the choice, would you rather see Congress: 1) raise the minimum wage, 2) cut the payroll tax for all working Americans, or 3) increase tax credits for some low-income Americans.” 51% would rather see congress cut payroll taxes for all working American’s, 33% would raise the minimum wage, while 9% were unsure and 7% believe an increase in tax credits for some low-income Americans would be the correct course of action.

Other state related questions were directed to the Attorney General where the Republican candidate Leslie Rutledge received 42% support, Democrat Nate Steel received 33% support while 22% remain unsure as to who they would support for Attorney General.

How likely are you to vote in the General Election on November 4 2014? 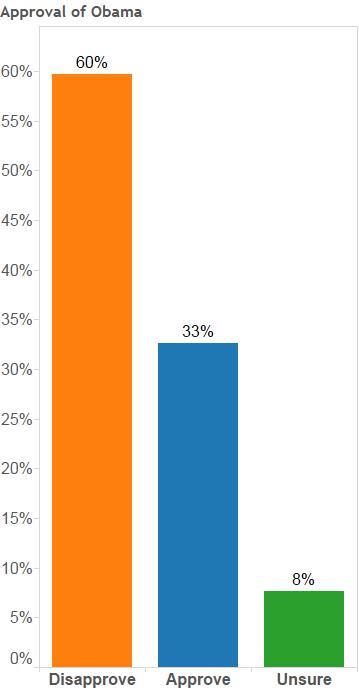 If The Election For US Senate were held today, whom would you vote for? 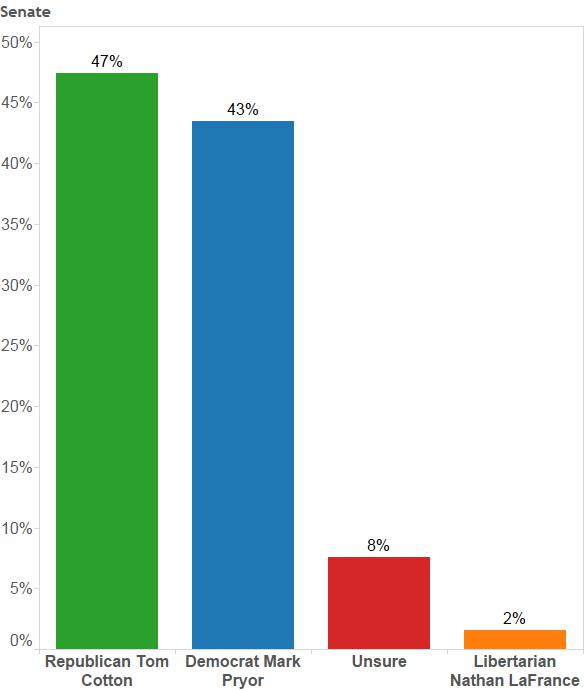 If the election for Governor were held today, whom would you vote for? 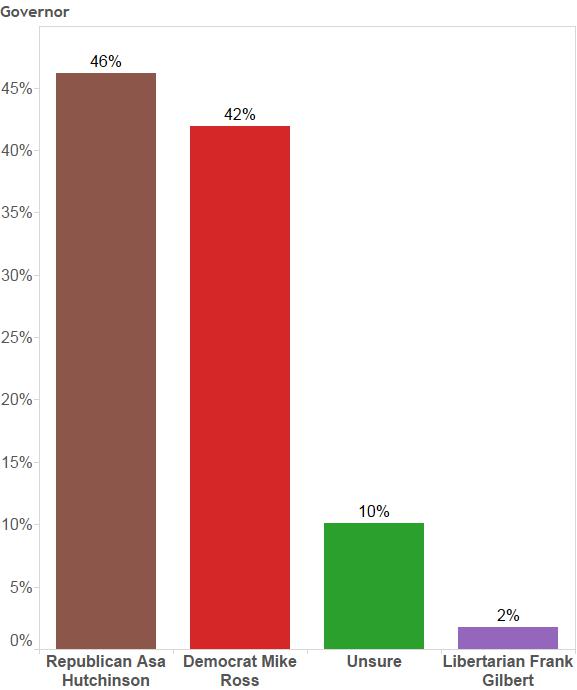 If the Election for Attorney General were held today, whom would you vote for? 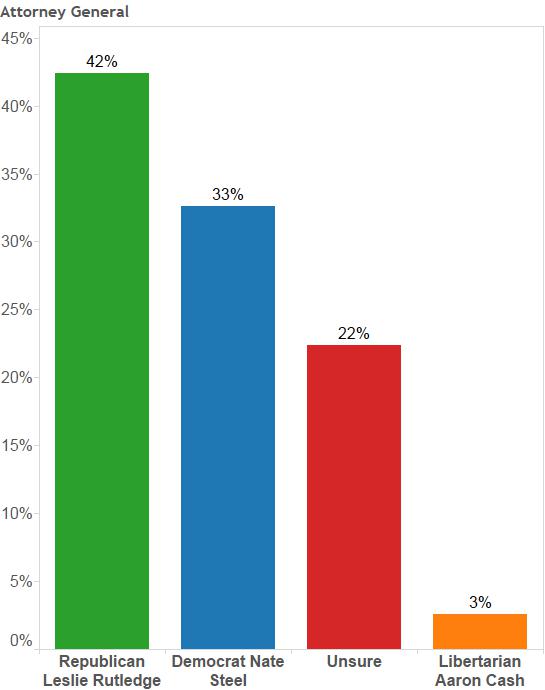 Given the choice, would you rather see Congress: 1) raise the minimum wage, 2) cut the payroll tax for all working Americans, or 3) increase tax credits for some low-income Americans. 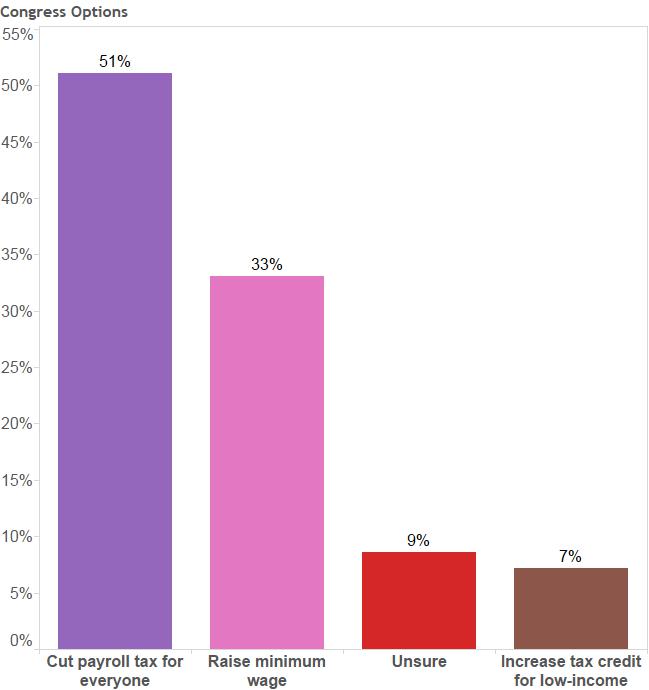 If the election for President were held today and the candidates were Republican Rand Paul and Democrat Hillary Clinton, whom would you vote for?

If the election for President were held today and the candidates were Republican Jeb Bush and Democrat Hillary Clinton, whom would you vote for? 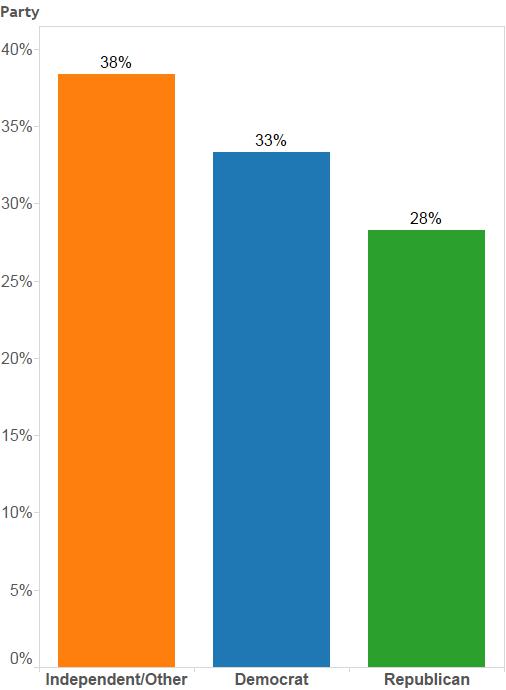 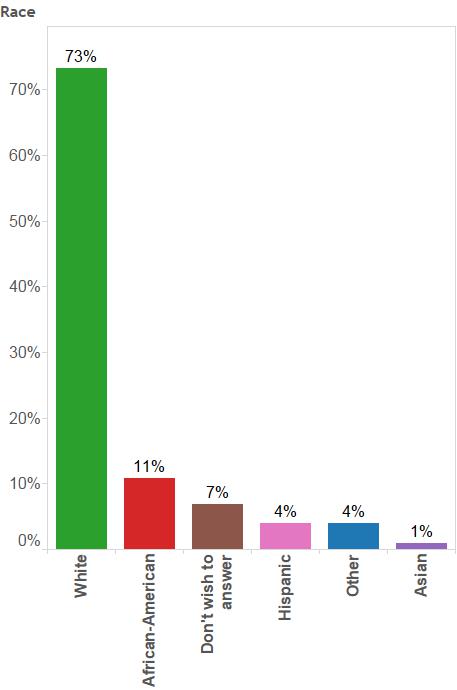 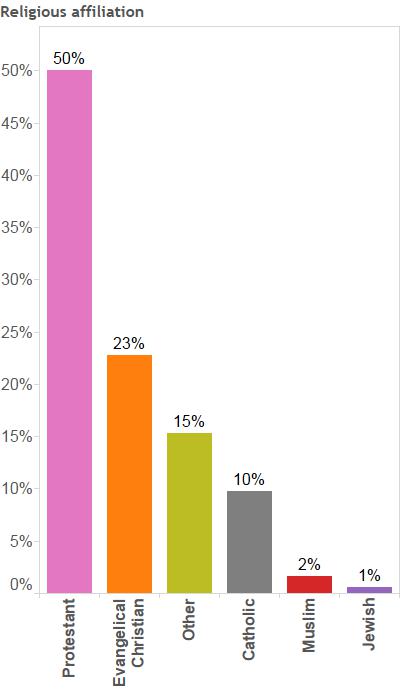